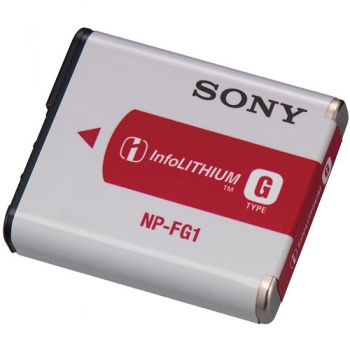 Small and lightweight, the Sony NP-FG1 (G-Series) Rechargeable Lithium-Ion Battery can be charged or discharged at anytime without developing memory effect. This means it will never lose its ability to hold a full charge. the NP-FG1 also supports Sony's InfoLITHIUM system to provide information for the camera to display remaining battery capacity on the cameras LCD or viewfinder by continuously communicating with the camera (for camera models that support InfoLITHIUM features only).