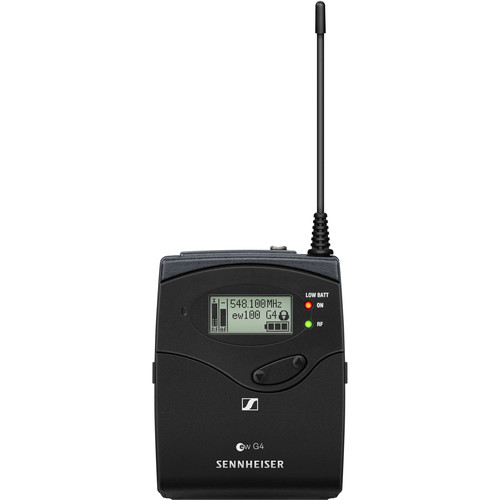 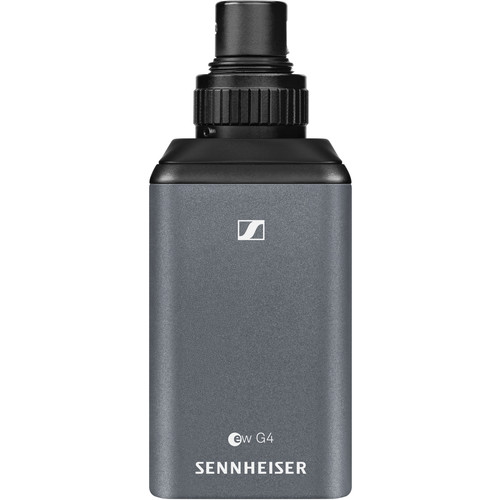 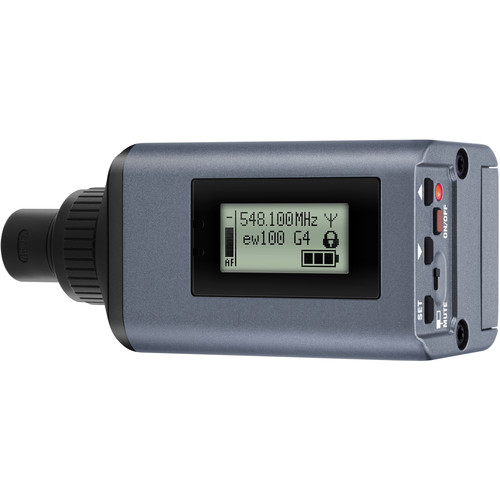 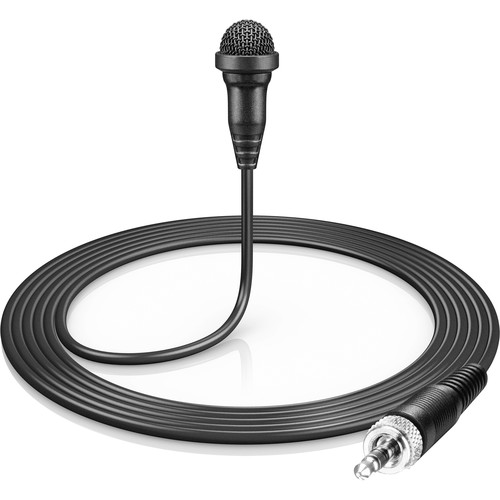 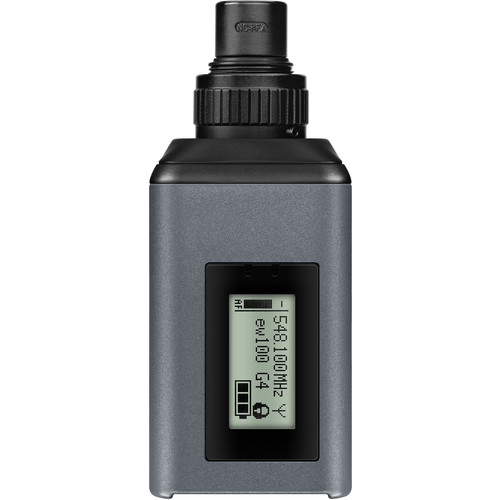 Regular checkout will be only process on Monday to Friday. Cut off time at 12PM for same day delivery. Special urgent case can be handle manually if you need. Please contact WhatsApp for assistance.

In Stock
Free Shipping 1-year warranty by Sennheiser
Share to :

The Sennheiser ew 100 ENG G4 Wireless Microphone Combo System is the latest addition to Sennheiser's evolution family of wireless microphones and it is fully compatible with all previous series. This package includes the EK 100 G4 camera-mount receiver, SK 100 G4 bodypack transmitter with ME 2-II lavalier, and the SKP 100 G4 plug-on transmitter. Accessories include a CA 2 camera mount, 1/8" to 1/8" cable, and a 1/8" to XLR cable. It can be used to capture audio for live sound, broadcast and film, business, and educational applications.

The wireless microphone system features 1680 tunable frequencies, 20 frequency banks, and 12 frequency presets per bank. The EK 100 G4 receiver is made of a durable metal enclosure and equipped with an updated high-contrast LCD and OLED display, a blue sync LED, and a dedicated escape button. Built with a 1/8" unbalanced TRS mini output for quick connection to camcorders, the receiver features 4-preset memory locations, that can be reassigned to any of the 1680 available frequencies, within the 42 MHz tuning range.

Additionally, the SK 100 G4 bodypack transmitter features an identically designed enclosure as the receiver. It is built with a high-contrast LCD and OLED display, and 12 preset memory locations, which can be reassigned to any of the available 1680 frequencies. The SK 100 G4 transmitter provides a 1/8" locking mini input jack for compatible lavalier microphones. In addition, the ME 2-II omnidirectional lavalier microphone features a sensitivity and frequency response suitable for capturing audio in the most demanding environments.

Finally, the SKP 100 G4 plug-on transmitter allows any standard dynamic microphone with a 3-pin XLR connection to be used wirelessly. This transmitter utilizes the same frequency band as the bodypack and is powered by 2 x AA batteries or optional Sennheiser BA2015 accupack.

Flexible Frequency Options
The system is pre-configured with 20 banks and 12 preset channels each; however, the channels can be reconfigured with any of the available 1680 frequencies within the 42 MHz range

Rugged Metal Design
Both transmitter and receiver feature a rugged, metal enclosure designed to withstand the rigors of road use and the elements