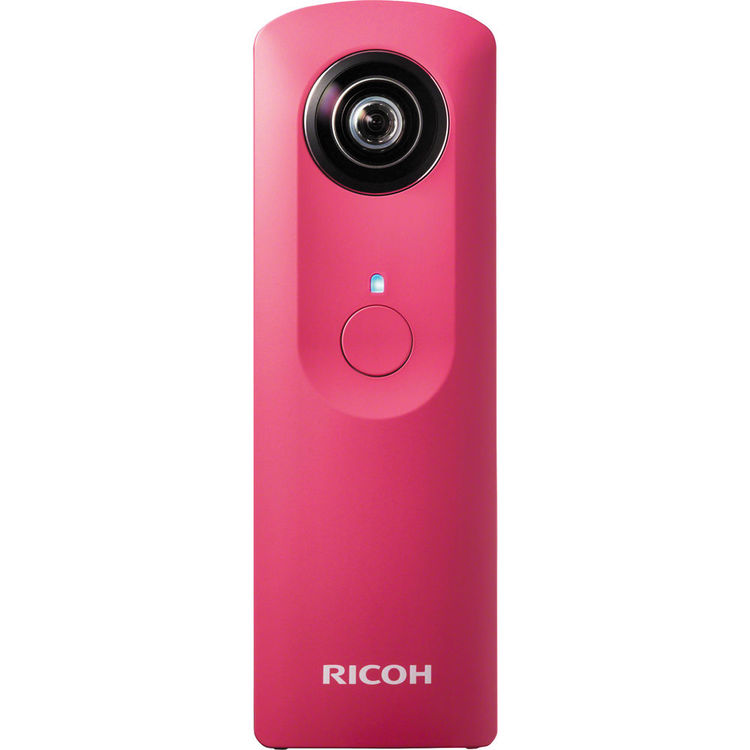 We ship everywhere
WhatsApp Us

Enabling you to capture unique 360° spherical imagery and video with just a single click, the Theta m15 Spherical Digital Camera from Ricoh is further characterized by its dual lens design, sleek form factor, and eye-catching colour finish. Lenses on both the front and back sides of the camera permit a full spherical image to be captured with each exposure, and Auto, Shutter-Priority, and ISO Priority exposure modes are available for greater control over the final results. Furthermore, up to 3 minutes of 1080p video can also be captured at 15 fps, with frame stitching done during post-production using a dedicated Mac and Windows-compatible application. Both stills and movies can be saved to the internal 4GB memory, and image files up to 5MB can be wirelessly transferred to social media sites using the built-in Wi-Fi connectivity. A software development kit is also available for user to develop their own apps for further control over the Theta m15.

Unique dual lens design incorporates lenses on the front and back of the camera to enable full 360° spherical imagery to be recorded with each exposure, along with an automatically adjusted image orientation. Additionally, fixed focus range of 3.9" to infinity renders nearly all subjects in focus.

A top still image sensitivity of ISO 1600, or ISO 400 for video, permits working in a broad array of lighting conditions. Furthermore, shutter speeds up to 1/8000 sec. benefit shooting in bright lighting.

Beyond still imagery, up to three minutes of 1920 x 1080p video can also be recorded at 15 fps. Video files can be stitched together using the dedicated software, which is compatible with both Mac and Windows operating systems. Alternatively, the dedicated app can also be used to process video files, with the ability to adjust the image size, shape, and composition using touch controls.

Up to 4800 still images and a total of 40 minutes of video can be saved to the 4GB internal memory.

Software development kit enables users to develop their own apps specifically for the Theta m15.